The Minot Public Library opened on January 13, 1908 when two rooms were rented for $25.00 per month. In 1911, Andrew Carnegie donated $15,000 for the construction of the original Library building in downtown Minot. A new Library building was built in 1966 with an expansion in 1987. Later, in 2000-2001 the Library was expanded to include the west addition.

Since its beginning in 1908 the Minot Public Library has adapted services to meet the ever-changing needs of the community. In 1955, MPL had the first city bookmobile service in the state as well as the collection development of phonograph records and framed prints. Both of these services were eventually retired, but the Great Plains room (dedicated to North Dakota’s history) which was created in 1970 still exists to maintain records of North Dakota’s history. Delivery services to the homebound and the large print book collection started in the 1970s and continue to be popular services. The community Information and Referral office was introduced in 1974 and annually publishes an extensive Clubs and Organizations Directory. 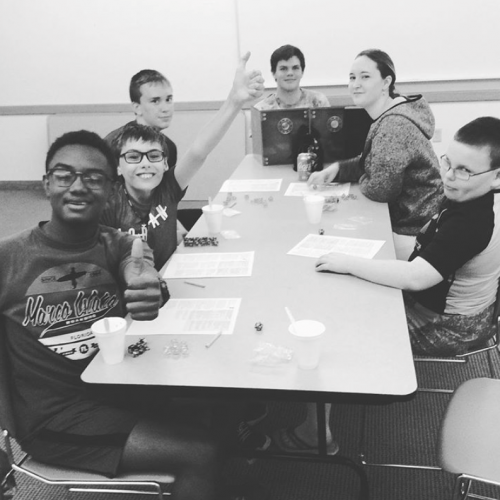 Meeting rooms and study rooms were added in 2001 following the expansion and this included a designated story room. Services to children have been essential since the Library’s beginning, but services specifically for teens began in 2008 with the implementation of a teen collection, area, and programming. Technology took on a bigger role throughout the 2000s with the addition of online databases, eBook platforms and increased computers for the public. MPL was awarded a grant in 2012 to begin circulating eReaders for patrons and in 2015, MPL opened the state’s first-ever digital Makerspace to encourage digital consumers to become digital makers.

Included in the Makerspace is a variety of technology which can be checked out by patrons. In 2018 the Minot Public Library opened the state’s first Tool Library as part of a resiliency grant. In addition to tools and technology, MPL circulates DVDs, video games, board games, STEM kits, and laptops as well as traditional print materials. The Minot Public Library continues to strive to connect, enrich, and inspire the community by adapting both circulating materials and services to meet the needs of its users. MPL provides free programming for all ages and works to attend outreach events throughout the year.

The Minot Public Library is a body politic incorporate established under the laws of the State of North Dakota and is a department of the City of Minot. The governing body of the Library is the Board of Trustees appointed by the Minot City Council. The Board has wide powers to govern, maintain and promote library service.

Funding for the Minot Public Library comes primarily from tax levy funds. Per North Dakota Century Code 40-38-02 Section 1 “The library fund shall consist of annually levying and causing to be collected as other taxes are collected a municipal or county tax.” In addition, the Minot Public Library will receive financial aid from the North Dakota State Library when eligible. The Library also has a partner organization called the Friends of the Library. The Friends group is made up of volunteers who help raise money for the Library and provide financial support for some programs and purchases.

The Library Board of Trustees are:

The Library Board of Trustees governs library operations. Board members must be residents of Minot and are appointed under authority of state statute to three-year terms. The Board meets on the third Thursday of every month at 4:15 PM in the Library’s lower level meeting room. The meeting dates are subject to change by action of the Board. Please call 852-1045 to confirm the date.

Current and past Board Minutes can be found here:
Board Meeting Minutes

The Library is open the following hours:

The Library will be closed on the following holidays:

Other days as designated by the Library Board.